LETTER FROM A READER: A CANCER STORY 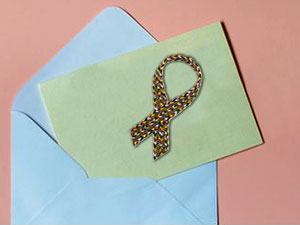 Original letter is in English. The letter has been translated into the Turkmen language.

About 12 years ago my mother was diagnosed with cancer in Turkmenistan, she had started losing her voice earlier but the entire time we thought it was because she caught cold. I was a high school student back then, and all I knew about cancer was that most people die from it. I did not know about symptoms, preventive measures, treatment and neither did my parents. They were the working-class folk, with no education beyond high school, and home remedies and traditional medicine were relied upon in our community for the most part anyway. Mama started losing a lot of weight and breathing well became a challenge, this is when one of the family’s friends recommended testing for something more serious than cold in Ashgabat. Fortunately, we were on time, and the Ashgabat doctor in the Oncological Center, saved my mother’s life. Her tumor was a "positive" type, the one that could be cured. She underwent three surgeries and she is enjoying her life to this day, though cancer left her with a disability – she still cannot speak in full voice.

My father was not as fortunate – he thought he had toothache. He was a man who never complained. So when the pain became unbearable, it was too late. We went to the same Oncological Center in Ashgabat together to get a sample of his tissue for testing. After the check- up the doctor closed the door to the room where my papa was, and told me to get prepared because the illness was already terminal. I did not know how to tell my father nor my mother, and had no-one to support me then. All I was wondering was why, and why were we not able to have prevented or detect the cancer earlier. My father died within a year after the diagnosis having undergone chemotherapy and treatment.

I could write a lot about the despair, the heartbreak, the financial losses and the impact of cancer, but this is not what I want to say. My dream is that one day all Turkmenistan residents have an access to information about prevention of diseases, that healthcare becomes part of curriculum in schools, so that every person knows that it is important, for example to use SPF sunscreen to protect ones’ skin from direct sunlight, that it is important to have annual checkups for cancer and other illnesses.

My dream is that medical professionals have the competencies and modern knowledge to cure these illnesses. All this is not possible unless we have students in medical schools who take their studies seriously, and professors who do not engage in corruption, unless doctors remember the Hippocratic Oath and live by principles of humanity, conscience and responsibility. I know of too many cases when people died because of medical error or neglect, and I know too many people who do not trust doctors because of this. This situation has got to change. Stories of compatriots seeking help for treatment abroad has become a norm, and it should not be. It is time for all of us and doctors and medical students in Turkmenistan to pay attention and to act for the sake of the well-being of fellow citizens.