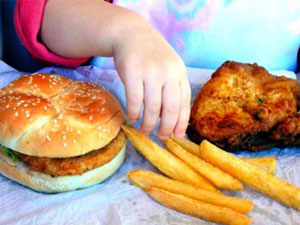 Saglyk’s overview of the new report and recommendations to the Ministry of Health and WHO Turkmenistan.

On May 2021, WHO published the findings of the WHO European Childhood Obesity Surveillance Initiative (COSI) Report on the fourth round of data collection, 2015–2017. The systematic collection and analyses of the data allow intercountry comparisons and a better understanding of the progression of childhood overweight and obesity in Europe. The data shows that childhood obesity remains a major public health problem in the WHO European Region. Turkmenistan belongs to the WHO European region.

Turkmenistan has joined СOSI for the first time in the round 4 that covers the period of 2015 - 2017. Overall, 36 countries participated in the data collection in that timeframe. According to the report the contributing partners are the WHO Country Office in Turkmenistan, the Ministry of Health and Medical Industry of Turkmenistan, and Maya Tanrygulyyeva from the Scientific Research Institute of Maternal and Child Health.

Prior to the release of the COSI report, WHO Turkmenistan published data related to adult obesity in Turkmenistan in 2020. According to the data, about 50% of women and 51% of men in Turkmenistan are overweight, and 17% of women and 15% of men are obese. Every forth responder suffers from hypertension (26%) or take medication that lowers blood pressure. Women were more likely to be physically inactive than men. WHO highlights that women’s physical inactivity during their pregnancy predisposes their children to becoming overweight and obese that can profoundly impact their health in the future.

In response to these alarming trends, the Ministry of Health and Medical Industry of Turkmenistan requested support from WHO.

Turkmenistan is among the top three countries in the region where children have higher daily consumption of fruit and vegetables (70%), and walk or cycle to school (80%). Despite, these positive trends, Turkmenistan is also among the top countries in the region with the highest consumption of sweet snacks and soft drinks among children (over 40%), and among the countries with lowest percent of children engaged in any physical activities at least 1 hour or more a week (26%), yet has the highest number of children watching TV or playing electronic devices at least 1 hour every day or more (98%).

Additionally, the report points out that a higher prevalence of overweight and/or obesity in Turkmenistan was associated with a high level of parental education. This means that parents with education make unhealthy nutritional choices. The report does not provide reasons for this connection. This is worth studying further. We think this trend might be linked to a generation of parents who personally experienced scarcity in pre-independence and/or first decades of independence in Turkmenistan who have a strong desire to give their children what they want including unhealthy nutritional choices.

Quite often the trend is reversed in other countries, where overweight and obesity among children is often correlated with lower level of parental education.

Vegetable consumption: more than 68% of children eat vegetables every day.

↪ 42% of children consume soft drinks more than 3 times a week and 26% consume it every day. This makes Turkmenistan second highest in the consumption of soft drinks among children in the region.

↪ The habit appeared to be quite widespread in Central Asian countries (Tajikistan, Turkmenistan and Kyrgyzstan), where around 20–25% of children frequently consumed salty snacks.

↪ Frequent consumption was very common in some Eastern European and Central Asian countries – in particular, Georgia (62%), Bulgaria (49%), and Turkmenistan (44%).

Walking or cycling: the less educated the parents, the more likely were the children to walk or cycle to and from school. This may be an indication of family wealth, as it is probable that boys and girls from more affluent families would be driven to school.

↪ The percentage who never did any sports or dancing was very high in Turkmenistan, 74% overall. Among them 70% of boys and 77% of girls not doing any sports.

Screen time: Percentage of 7-year-olds spending at least 1 hour a day or more watching TV or using electronic devices is the highest in the region in Turkmenistan, 98%.

Saglyk’s recommendations to the Ministry of Health and WHO Turkmenistan:

Saglyk is urging the WHO Turkmenistan to make the findings of the COSI report available to the public in Turkmenistan in the Turkmen language by communicating the findings on various platforms: state, independent media and social media platforms. This will allow to have a society wide dialogue on issues that concern every family.

1. Develop a science-based, national informational campaign on health and nutrition in Turkmenistan with participation and contribution of medical and public health professionals, scientists, teachers, parents and civil society groups.

Promote and share science-based, depoliticized and user-friendly content on healthy diet, sleep and physical activity in the Turkmen language proactively, tailoring it to the age of the target groups: school age children, parents, teachers, and disseminating it through various platforms.

Introduce a long-term voluntary program that ensures a smooth transition of the society to learn more about healthy lifestyles and practices and incorporate different socio-economic levels of society.

Monitor and analyze the implementation of the program.

Make the content engaging, relevant and attractive to young audiences; evaluate and test it to a sample group before launching it.

Engage with the Turkmen medical professionals and scientists and invite them to deliver the scientifically accurate public messages.

2. There is good news in the report that children in Turkmenistan have limited access to sugary drinks on the premises of their schools. Saglyk gets reports from the concerned teachers that parents give money to children to buy energy drinks outside of the schools’ premises. The COSI data also indicates that even the educated parents are not aware of the basic information on healthy nutrition.

Prioritize parents’ education on the subject by promoting healthy and diverse recipes that encourage the intake of healthy foods with the focus on vegetables and whole grains and less meat and reducing the intake of unhealthy foods and sugar-sweetened beverages by children, adolescents and adults.

Recipes should be mainstreamed so they can be accepted as alternatives to heavy, meat centric national cuisine. This will help to normalize the culture of eating less meat.

3. As a next stage, we also recommend to study and introduce "sugar tax" on sweetened drinks.

The international studies, from WHO and the World Bank, show the effectiveness of "sugar tax" in reducing the consumption of harmful substances.

As an example, two years after the introduction of a tax on sugary drinks in Mexico, households with the fewest resources reduced their purchases of sugary drinks by 12%, compared to 8% for the general population.

Introduce sugar consumption standards in foods and products and make them accessible to public and companies.

Use profits made from "sugar tax" to provide the access of low-income families to fruit and vegetables.

As part of that program, introduce school fruit schemes nation-wide, the practice common in Poland, Hungary, Estonia, and other Easter European countries, according to the COSI report, which includes free access to fruit for children. In Turkmenistan, there are only 2-3% o schools that provide fruit free of charge.

4. Develop campaign with the images of physically active women, girls, children and elders to promote physical activity and reduce sedentary behaviors of these risk groups who are actively discouraged by harmful traditions and misinformation from being physically active.

Research, develop and communicate the content that debunks cultural myths such as "physical activity is bad for pregnant women" or "women and girls should not exercise".

Build playgrounds that are protected for children use and promote physical activities within the proximity of home and schools.

5. Reach out with campaign and programs mentioned above to population and schools outside the major cities.